Patagonia has always enjoyed its outsider status. Since Yvon Chouinard started the company with a few adventurous friends in 1973, he’s happily rebelled against expectations: To this day, Patagonia has never collaborated with a fashion brand, nor does it work with influencers or advertise in fashion magazines. How did Patagonia get here? I caught up with Vincent Stanley, one of the company’s very first employees, to talk about Patagonia’s environmental activism, its obsession with quality, and its unlikely role as a trendsetter—from upcycling and repairs to that iconic fleece jacket. 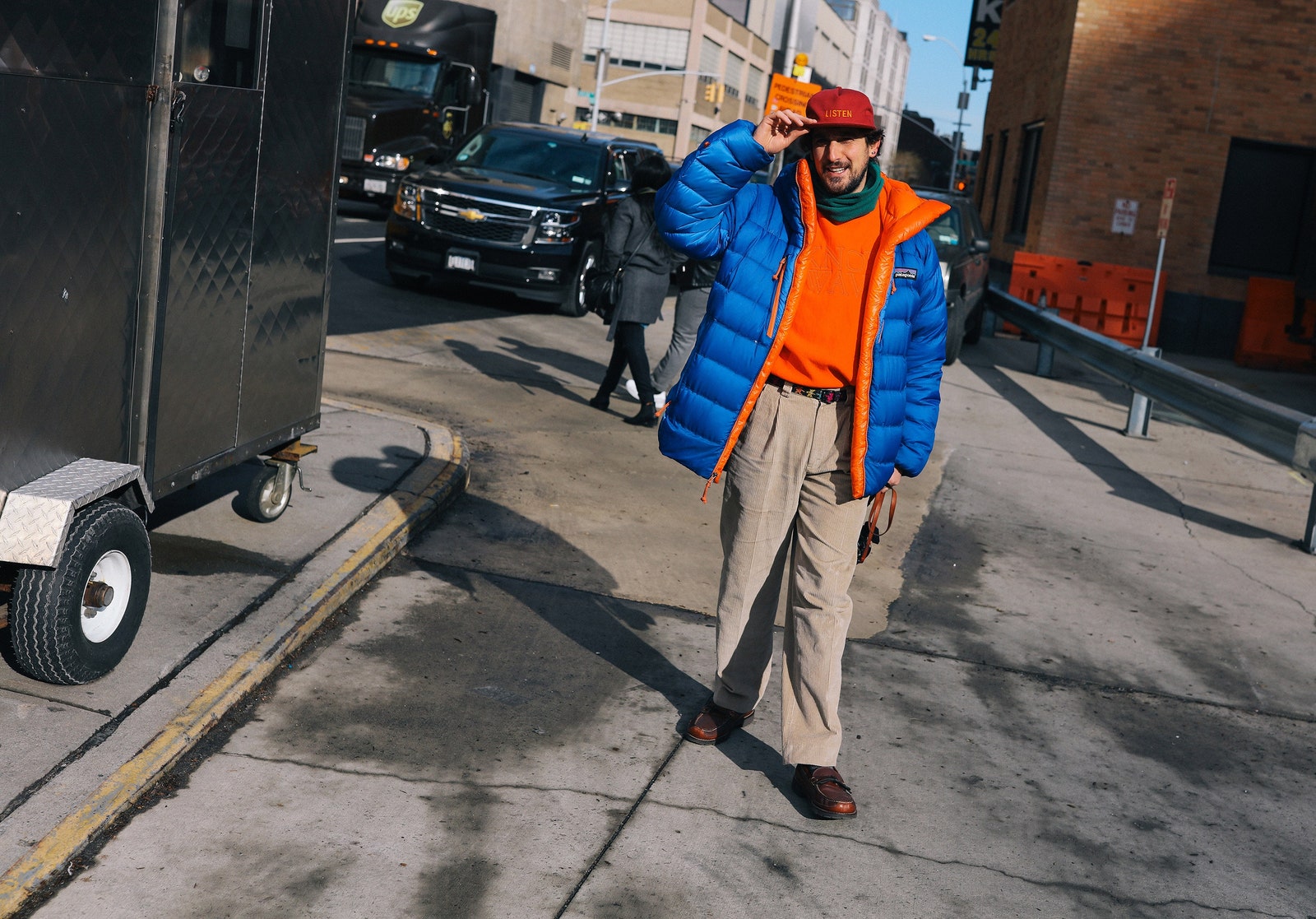 Patagonia has always enjoyed its outsider status. Since Yvon Chouinard started the company with a few adventurous friends in 1973, he’s happily rebelled against expectations: To this day, Patagonia has never collaborated with a fashion brand, nor does it work with influencers or advertise in fashion magazines. It began investing in regenerative agriculture long before we were talking about soil health, and it has never hesitated to take a stand on political issues: In 1990, a donation to Planned Parenthood resulted in legions of angry customers and calls for boycotts; Patagonia responded with… more donations. In 2018, the company sued President Trump in a battle to keep one million acres of red rock canyons in Utah federally protected, and ahead of the 2020 election, Patagonia released a pair of shorts with four words on the tag: vote the assholes out. Patagonia has taken the fashion industry to task, too, speaking out against greenwashing and creating anti-Black Friday campaigns, like 2011’s New York Times ad with a simple plea: “Don’t buy this jacket.”

Only recently has fashion embraced Patagonia’s anti-establishment views and dedication to high-quality, earth-friendly clothing. Tomorrow, the company will be recognized with the Environmental Sustainability Award at the 2021 CFDA Awards, and the irony won’t be lost on anyone: a defiant outdoors brand taking the stage at one of the industry’s most glamorous events. Patagonia’s environmental and community programs manager for North America, Rebecca Goodstein, will accept the award alongside honorees and presenters like Zendaya, Anya Taylor-Joy, Iman, and Emily Blunt, with some of fashion’s most prominent designers in the crowd.

How did Patagonia get here? I caught up with Vincent Stanley, one of the company’s very first employees, to talk about Patagonia’s environmental activism, its obsession with quality, and its unlikely role as a trendsetter—from upcycling and repairs to that iconic fleece jacket. (Loewe, Altuzarra, and Sandy Liang’s sherpas all owe a debt to the Retro-X.) Stanley began as Patagonia’s first sales manager, eventually led its editorial and marketing departments, and in 2013 took on his current role: director of philosophy. Slim chance you’ve seen that title on other job listings.

Tell me how you got started at Patagonia—and what exactly do you do as a “director of philosophy?”

“I intended to work at the company for six months, save my money, and go travel. And 48 years later, I’m still here. I was the original sales manager—I didn’t know what that meant at the time, but they said, you’ll figure it out. I did that for about 20 years, but vocationally, I’m a writer, so when I turned 40, I thought, I can’t do this big job and teach myself how to write. So I left for 13 years and supported myself mainly by writing copy for Patagonia, then came in the back door to run the editorial and marketing department.

“I wrote a book with Yvon [Chouinard] called The Responsible Company, and I was really trying to get out of operational responsibilities. Yvon had taught these philosophy classes in the ’90s, when Patagonia came out of a crisis during the recession. We’d been growing like mad, and all of the sudden, the growth stopped. So at a certain point, Yvon started taking 30 people at a time to places like Yosemite or the Marin Headlands, and we’d sit in a circle, gathered according to our functions—HR, design, production, sales, finance. And we hashed out how we wanted to conduct business. That became the heart of [Chouinard’s book] Let My People Go Surfing.

“When I came back, I wanted to reinstate those philosophy classes, but with all of our employees up and down the ladder. So that’s what I’ve been doing for about eight years. About a third of the time is working internally, a third as an evangelist for B Corps, and a third working with graduate students.

“When I consider how I stayed engaged with the company, it’s been progressively. I was originally intrigued by the culture—it was all the climbers and surfers, and I liked that the company had this anti-authoritarian, informal atmosphere. The culture interested me first, and then gradually, the environmental work became more and more important.”

We use cookies on our website to give you the most relevant experience by remembering your preferences and repeat visits. By clicking “Accept All”, you consent to the use of ALL the cookies. However, you may visit "Cookie Settings" to provide a controlled consent.
Cookie SettingsAccept All
Manage consent

This website uses cookies to improve your experience while you navigate through the website. Out of these, the cookies that are categorized as necessary are stored on your browser as they are essential for the working of basic functionalities of the website. We also use third-party cookies that help us analyze and understand how you use this website. These cookies will be stored in your browser only with your consent. You also have the option to opt-out of these cookies. But opting out of some of these cookies may affect your browsing experience.
Necessary Always Enabled
Necessary cookies are absolutely essential for the website to function properly. These cookies ensure basic functionalities and security features of the website, anonymously.
Functional
Functional cookies help to perform certain functionalities like sharing the content of the website on social media platforms, collect feedbacks, and other third-party features.
Performance
Performance cookies are used to understand and analyze the key performance indexes of the website which helps in delivering a better user experience for the visitors.
Analytics
Analytical cookies are used to understand how visitors interact with the website. These cookies help provide information on metrics the number of visitors, bounce rate, traffic source, etc.
Advertisement
Advertisement cookies are used to provide visitors with relevant ads and marketing campaigns. These cookies track visitors across websites and collect information to provide customized ads.
Others
Other uncategorized cookies are those that are being analyzed and have not been classified into a category as yet.
SAVE & ACCEPT